OK, OK. Most folks have never even heard of Windows 10 S. It’s a ‘locked’ version of Windows which only allows users to install apps from Microsoft’s app store. It’s main purpose was to provide a safer and simpler operating system (and to eat into Chromebook’s now dominant position in K-12 computing.

This article from sfgate.com explains it all:

Less than a year after introducing Microsoft Windows 10 S, a lightweight version of Microsoft’s operating system marketed to students and businesses, the company is now folding the separate systems’s main features into every version of Windows.

Windows 10 S will now become “S mode” in Windows 10 Home, Windows Pro PC and Windows 10 Enterprise, according to a Wednesday blog post from Microsoft corporate vice president Joe Belfiore. The change is prompted, in part, by feedback that having so many versions of Windows was confusing, Belfiore said.

The system, which lets people run apps only from Microsoft’s app store, was introduced last May and seen as a close competitor to Google’s Chrome OS.

The Commodore 64 — It’s Back And Half The Size 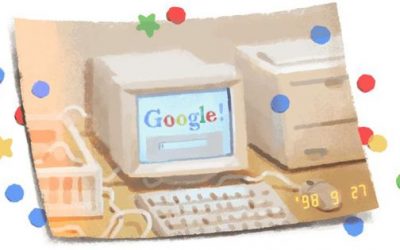 Google is 21. Happy Birthday! But just what is a Google?

The Internet of Things is Not Dead! Google to Purchase Xively